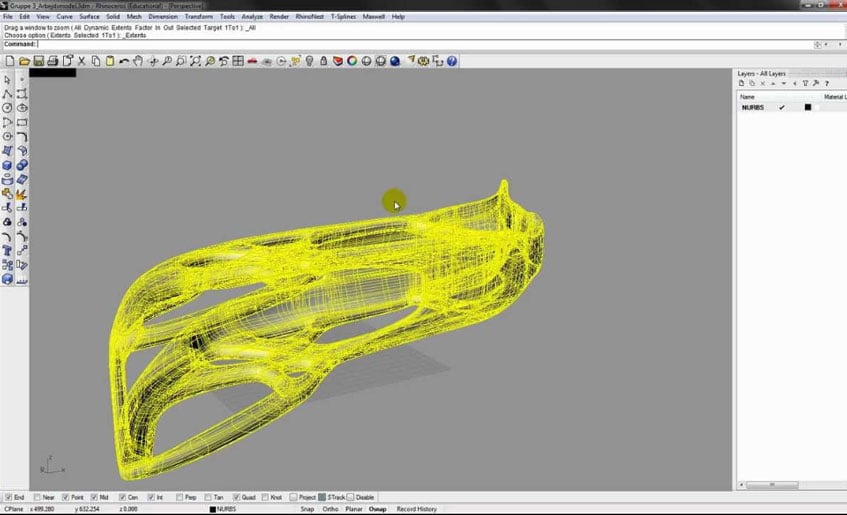 Rhinoceros, more commonly called Rhino or Rhino3D, is a popular 3D computer graphics and computer-aided design (CAD) application software. Learn more about native Rhino file formats and what third-party file formats the application supports. What is Rhino3D?  Rhino3D is a surface modeling software based on the NURBS mathematical model that produces mathematically precise representations of curves and freeform surfaces in computer graphics (unlike polygon mesh-based applications). Since it does not impose a limit on the size or complexity of drawings, it is used across a wide range of industries, including architecture, prototyping, engineering, and graphic design.

What Are the Native Rhino 3D File Formats?

Rhinoceros outputs natively to three file formats:  The 3DM Rhinoceros file is compatible with other software such as Moment of Inspiration, SAP VEViewer, and Right Hemisphere Deep View. Rhino3D is also compatible with several graphic design programs, including Adobe Illustrator, letting users work on vector-based files. What Other File Formats Can Rhinoceros Import/Export?  Rhino3D offers broad compatibility with other CAD files, importing and exporting over 30 file formats directly. However, users may prefer plugins to preserve information and reduce translation errors. Some third-party and open-source CAD and image file formats that can be handled by the application include:

These files are supported within Rhino3D, allowing users to issue ‘Save’, ‘Export’, ‘Import’, ‘Insert’, and Worksession commands from within the application itself.  Note that when non-native file formats are used, Rhino3D will convert the geometry to the 3DM Rhinoceros file format. When a CAD file is imported, the geometry will be added to the existing file.

Importing and Exporting Rhino 3D Files to Other CAD Applications

Request an evaluation and find out how Spatial’s 3D InterOp will help you reduce development time, speed up time to market, and streamline workflows between designers and engineers.