What is Hybrid Modeling?

In computer-aided design (CAD), hybrid modelling is a method of using different modeling techniques (with different rulesets) in the same workflow. Four types of modeling data can be represented in a hybrid modeling approach:

Before we discuss why this can create difficulties -- we need to understand each of different modeling formats. 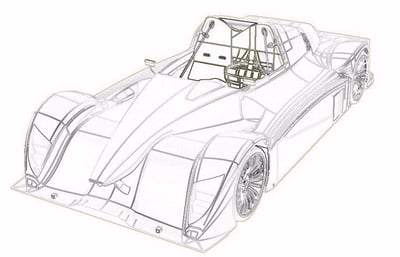 BRep modeling, or boundary representation modeling, is the most common type of modeling in CAD applications.

In short, BRep is a mathematically precise representation of a 3D object that defines the geometric boundaries between solid and non-solid geometries.

The shape and contours of a BRep object are not built out of reducible objects like polygons or vertices. Instead, a BRep object is defined by the mathematical relationships between its surfaces.

Take a look at the image above, and focus on the bumper.

This bumper is not defined by any smaller components like polygons. Instead, it exists as its own discrete object. Its shape is defined by the position and curves of its surfaces in 3D space, relative to the XYZ axes.

Overall, the features of BRep make it an ideal format for engineers and designers of manufactured goods -- but it’s severely limited for visualization or rendering purposes. 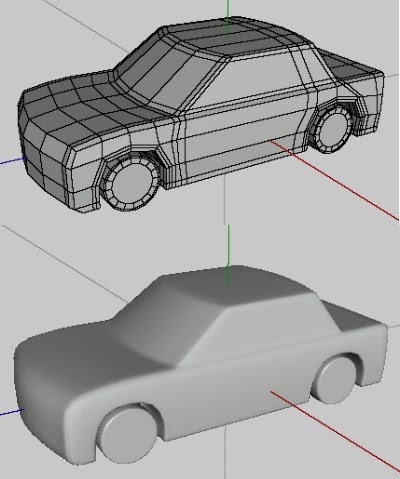 Polygonal (or polyhedral) modeling is the most common type of modeling for video games and animation studios. 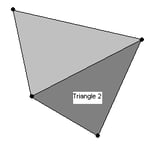 Each poly or tri is a completely flat shape that is defined by the position of its vertices (or points) and its connecting edges.

Complicated models of any shape can be built completely out of tris or polys. As designers require more “high-fidelity” designs (smoother looking surfaces, more details, etc.), they can increase the number of polygons in their models. 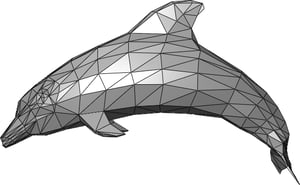 The features of polygonal modeling make it ideal for use cases where precision isn’t vital, and where visualization is more important. This is why animation studios and video game studios use polygonal models almost exclusively.

Point-cloud modeling is typically used in the process of 3D scanning objects.

Rather than defining surfaces through mathematical formulas, or building them out of rudimentary shapes like triangles -- point cloud modeling creates a representation of a 3D object with densely placed vertices -- or “points” -- along its surface.

With a high enough resolution and point-density, point-cloud models can accurately represent the features of virtually any 3D object. In fact, point-cloud 3D scanning has been used to create 3D representations of highly complex objects like human faces.

Beyond scanning objects, point cloud data has a wealth of applications in simulation.

Point-clouds can be used to represent solid objects in a Finite Element Analysis context -- boiling down mathematically complex CAD surfaces into a relatively finite number of points. This allows engineers and scientists to simulate objects under stress, simulate deformation, etc.

Ultimately, point-cloud modeling alone doesn’t have a lot of applications. 3D Scanned objects need to be converted to another type of model to be truly useful. In conjunction with other modeling types, however, point-cloud can be incredibly useful. It can be used with BRep to simulate stresses on engineered models. It can be used with polygonal modeling to create complicated 3D models of scanned objects. 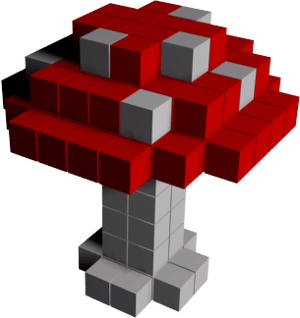 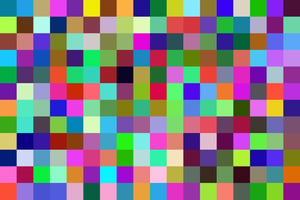 Firstly -- let’s examine what pixels actually are. Everything you see on your computer screen is made up of very small squares called “pixels.”

If you’re on a fairly new computer, you most likely can’t make any pixels out, because your display is “high-resolution.” These pixels are so tiny, and there are so many of them, that you can’t actually see them. Instead, you see words, pictures, and symbols that appear smooth.

Voxels are essentially 3D pixels, but instead of being squares, they are perfect cubes.

In theory, voxels are the perfect modeling technique for replicating reality.

After-all, our world is made of something akin to voxels (but they are much smaller, and we call them “sub-atomic particles”). If you have a high enough density (or “resolution”) and the proper rendering techniques, you can use voxels to replicate real-world objects that would be impossible to differentiate from the real thing -- in appearance and behavior. 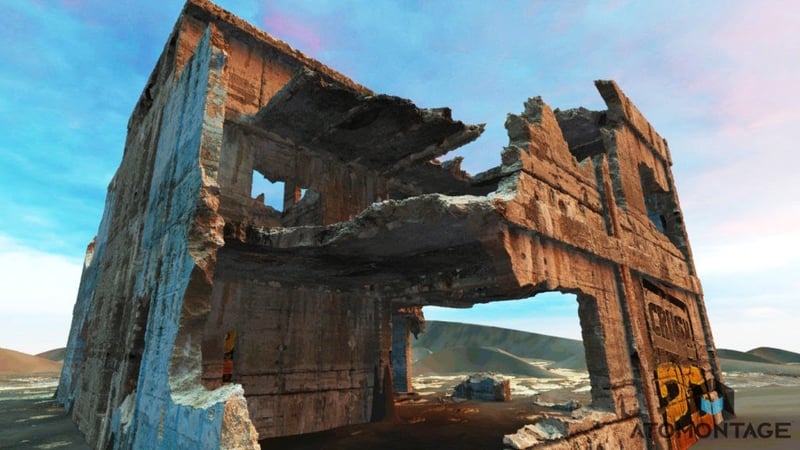 In practice, however, there are no mainstream methods for easily building out complex, high-resolution objects using voxels. There are some promising attempts (like Atomontage, referenced above) -- but all the other modeling methods listed above are still quicker and easier for truly complex designs.

Furthermore, modern computers are simply not optimized to handle rendering voxels. Most of our hardware is meant to render polygons -- so high-resolution voxel objects can take a serious toll on current hardware.

Despite not being ready for mainstream adoption, voxel modeling has a few very specific use-cases today.

Currently, voxels are used in many scientific disciplines to quickly determine volumetric data. For example, in Voxel-based morphometry, researchers can compare the differences in concentration of brain tissue using voxels. Geologists often use voxel modeling techniques to model geological features like terrain and elevation. More broadly, scientists can use voxel-based modeling to visualize and measure the volume of anything from fluids to green spaces in urban centers. Voxels are also useful in simulation techniques that require modeling of individual particles, as is the case of smart material simulation.

And that’s where voxels truly shine.

Because they can represent complex objects in reducible, discrete units (like particles), they can be incredibly powerful for simulating real world behavior of complex objects.

The Process of Hybrid Modeling

Traditionally, you would need 4 different software suites to handle all of these model types. You would create a model using one technique (like BRep), and use a CAD conversion software to translate the BRep data into another format. Once translated, you would open your file up in another software to make changes.

This is incredibly cumbersome for a number of reasons.

What if you engineered a new product using BRep, and needed to quickly visualize or render it for promotional purposes? And what if, once visualized, your creative team had recommended edits to your BRep?

What if you wanted to run a simulation on your BRep model using point-cloud data, and then apply the insights of that simulation to make changes to the original BRep?

You’d need to jump from software to software, converting your files back and forth, manually fixing them at every step of the process. This is not only time-consuming, but creates ample opportunity for human error. And in industries like CAM (computer aided manufacturing) and CAE (computer aided engineering) -- this can be quite costly.

This is where “hybrid modeling” comes in.

Software development kits like Spatial’s CGM allow 3D developers to build hybrid-modeling features natively into their toolset. This allows designers and engineers to seamlessly hop back-and-forth between modeling types without losing any data in the process. It allows engineers to run any simulation on their BRep files, and take those insights back to automatically tweak their models.

This “back and forth” between environments and modeling techniques is the process of hybrid modeling.

Powerful hybrid modeling software means you can shorten the process of model preparation and fill in the gaps that are typical of 3D models -- like simulating the behaviour of engineered models on a particle-basis.

Hybrid software can recognize these gaps and allow the user to make adjustments along the way.

Hybrid Modeling as the Ultimate Solution

Good news, designers and engineers - it’s no longer a hard and fast decision about what type of modeling is right for you.

Engineers, architects and designers in different industries can seamlessly migrate between BRep, polygons, point-clouds, and voxels -- to leverage the benefits of the various techniques and minimize the downsides.

Now, who said you couldn’t “have your cake and eat it too?”